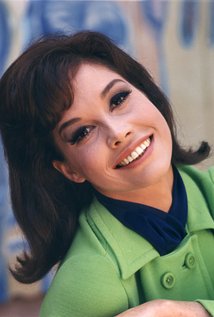 Multiple-Emmy-award-winning Mary Tyler Moore died this week, and for those who didn’t grow up watching one of her popular TV shows in the 60s or 70s, it might be hard to understand what the media attention about her now is all about. She came to many people’s attention as a comedy “straight man” Laura Petrie on The Dick Van Dyke Show, and it’s certainly worth watching some of those old episodes to get a sense of her role. However, her biggest impact was as Mary Richards on the Mary Tyler Moore Show, where she played a single working woman in a strong comedic cast. She could be funny, anxious, or feisty but was somehow always likeable, and she served as a role model of sorts for many women growing up during that period, embodying both the hopes and worries of that generation. She did also expand into plays and movies, most notably as the mom in  1980’s Ordinary People for which she was nominated for the Best Actress Oscar, but her greatest successes were on TV.
Here’s the NY Times article upon her death:
MaryTyler Moore, Who Incarnated the Modern Woman on TV, Dies at 80
and here are a few of her offerings at our store:
New to (or rediscovering) this actor? Try:
The Dick Van Dyke Show – (1961-1966). We have only one of the four volumes of the “Best of The Dick Van Dyke Show”  IMDb page for this TV Series
The Mary Tyler Moore Show – (1970-1977) We have the first 4 seasons of this TV series.  IMDb page for this TV Series 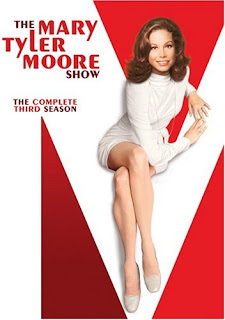 Ordinary People – (R, 1980). Description from IMDb: The accidental death of the older son of an affluent family deeply strains the relationships among the bitter mother, the good-natured father, and the guilt-ridden younger son.
IMDb page
Already a fan? Try these less common offerings from our store:
Did you know that she made a few appearances with former co-star Betty White  in the TV series Hot in Cleveland, as Diane? You can catch one in our copies of Season 2
IMDb page for TV Series
You can also see her in our copy of Flirting with Disaster (R, 1996) starring Ben Stiller and Patricia Arquette  “A young man, his wife, and his incompetent case worker travel across country to find his birth parents.” –from IMDb page

Finally, we have a copy of the hard-to-find and pretty bad  Change of Habit (G, 1969)  in which Moore played a nun and co-starred with Elvis Presley!!  IMDb page