Hello everyone, Matt here and today I wanna talk about anime!  Recently we were lucky enough to be able to up our stock on some truly classic and amazing animes, such as Wicked City, Robot Carnival, the complete series of Outlaw Star and Berserk! 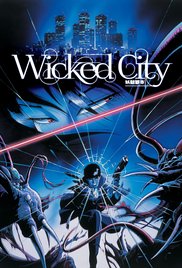 Wicked City(NOT FOR CHILDREN) Brought to you by Yoshiaki Kawajiri, the director of other fan favorites such as Ninja Scroll, Vampire Hunter D: Bloodlust and the Animatrix. Can be called a horror, fantasy Noir. In this story humans and demons inhabit the world and it is up to a team-up between a human and demon agent to protect a dignitary on his way to a peace treaty signing. Set in the dark underbelly of Tokyo, the soundtrack and dark tones really make this film feel like an intense Noir and yet it is full of outrageous transformations and creatures that I can only compare to John Carpenter’s The Thing. This film is NOT for children due to horror, gore and nudity – and lots of it. Definitely a Matt 3 pick! 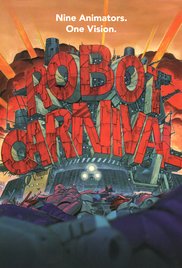 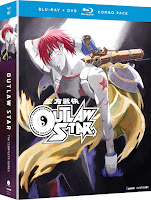 Outlaw Star! (PG-13) OK TOONAMI FANS! HERE WE GO! Outlaw Star is one of my all-time favorite series, it’s a perfect blend of action, comedy and drama; will punch you in the heart again and again. Short and sweet, IMDb.com said it best with “Gene Starwind dreams of a life as an outlaw, and fate smiles on him as he seems to suddenly wind up with a great job. But things go awry, and he finds himself the new owner of the fastest, most technologically-advanced spaceship in the Galaxy. Unfortunately, it is stolen and the owners want it back. Along with his partner Jim and the lovely Melfina, Gene must fight his way across the Galaxy battling Pirates, aliens and assassins as he attempts to discover the secret of the Outlaw Star.” THIS IS A MATT 3 LOVES ME PICK!!!
BERSERK(original animated series) (NOT FOR CHILDREN) Finally the amazing medieval action adventure is available to VisArt! For all you Gamers, Dark Souls is HEAVILY based of Berserk. For everyone else Berserk is an epic action adventure filled with gory battles, crazy weapons, awesome armor and plenty of demons to kill. BERSERK is one of the best classic animes hands down. A definite Matt 3 Pick!
Posted in Reviews & Recommendations